ONE BIG HINT (if you are a builder). DO NOT install the instrument bulkhead untill you have to. It gets in the way of windshield, door and nose gear well installations.

Installing windshield - proping it up while top layer of flox cures: 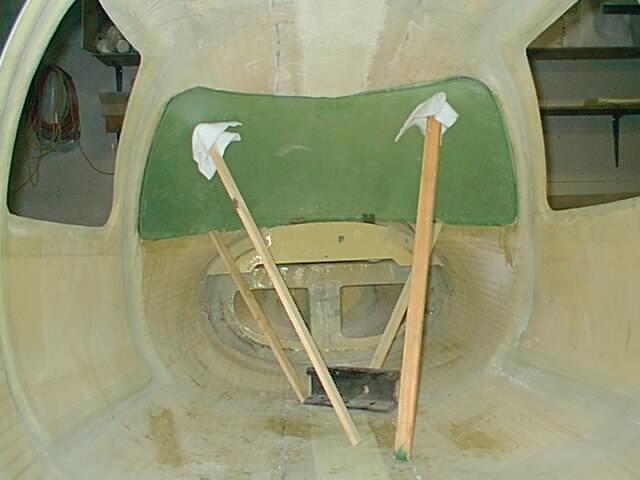 Windshield in place after top flox cured AND waiting for SprayLat to dry on other windows: 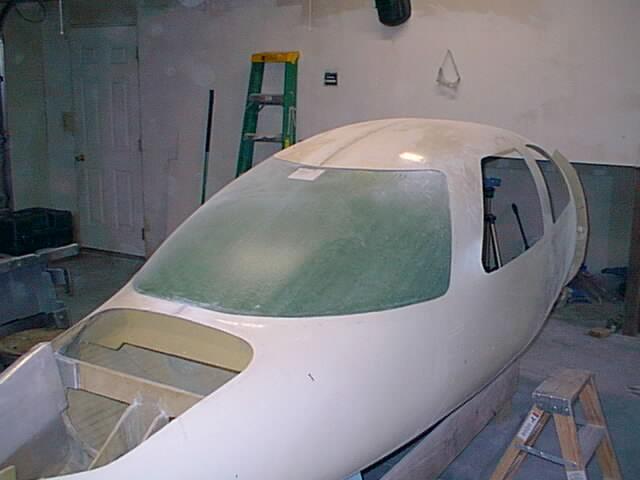 The rest of windows in place: 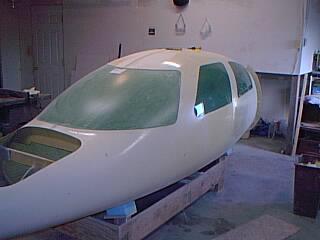 Glassing around edge of windows inside is still to be done.
I hate all that sanding inside the fuselage around windows. Messes up the workshop. Too bad the factory didn't just leave the outer skin free around windows. Its got to be floxed/glassed around there anyway.

The inside work took a lot of time. I had SprayLat on inside. Then trimmed it off and removed the stuff to expose the edge to bonding. Then marked the edge of the SprayLat with a felt pen so that I can see the edge after curing and trim off the over the line overlapping glass/resin when it cures. That took ages and trimming when cured took ages. This kit project ain't a Lego game. But, oh well, I am supposed to have fun.

07/03/02 update (fast forward). I did not install door/window post reinforcements as recommended by factory until later - shown in instrument panel photos. I do recommend not doing it till later since they get in the way of other interior construction.

07/15/02 update (fast forward). Windows edging bevel: Factory instructions require feathering the windows frame edges for better airstream effect before floxing in the windows. But its impossible to fit the plexiglass windows exactly to the fuselage since there is not a perfect match. That leaves a layer of cured flox along with the fuselage glass thickness that needs to be beveled. I used a dremel tool type with carbide round cutter to feather the window edges followed by hand sanding. 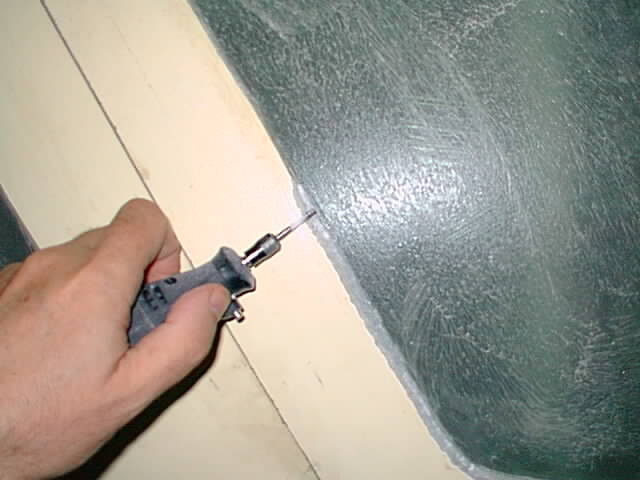